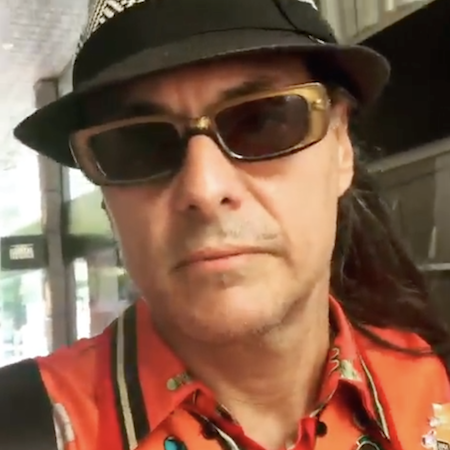 The artist known as Punch first gained fame as the world’s greatest safe cracker who could punch open a safe in under sixteen seconds. He was also a gem-heist mastermind, master forger and “aerosol artist” whose legendary street art inspired Sean Sullivan aka Layercakeny. Born to wealth with parents who were both artists, Punch received his first canvas and brush from family friend, Phillip Pearlstein. Despite a love of art shared by both parents, Punch became a criminal to make his father proud of him.

In truth, even during his most active days as a criminal, Punch always manifested his artistic talent, be it as a master forger of originals in the style of the masters, or as street artist and tattoo master He did murals for correctional institutions while incarcerated and brought art as therapy programs to American prisons.

Paul/Pavle Stanimirovic, aka Punch, is the subject of a forthcoming literary trilogy American Panther: Stealing Manhattan by Edgar Award winning author, Burl Barer, and a proposed film and a television series based on his exploits.