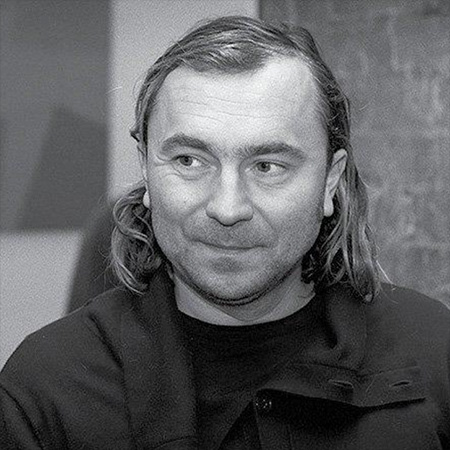 Denis Mikhaylov was born in Russia in 1974, and quickly rose to a level of artistic ability that granted him access to the Union of Artists in Russia in 1995. Mikhaylov is one of the four founders of the famous artist’s union “Inoy Vid Udovolstvia” and has garnered critical acclaim by taking first prize in the London Art Biennale in 2015.

Mikhaylov presents visually rich, complex, and historically nuanced images drawing on religious themes of famous Old Master and Social Realist works. He gains inspiration from black and white photographs, and the juxtaposition of light and dark on the figures’ surfaces. His paintings pay homage to Michelangelo, Caravaggio, Rembrandt, and Raphael, and are accompanied by Socialist Realist extracts. Set against the backdrop of the underground transit system in Moscow, the paintings create a conversation about the opposition between moral principles and earthly sins.

Mikhaylov’s intention is to reinvent the way we view a painting containing subjects that possess such significant meaning, and demand interpretation. He reminds us of the complicated nature of belief throughout history, as well as in our daily lives, and in doing so implores us to question the evolving nature of man.